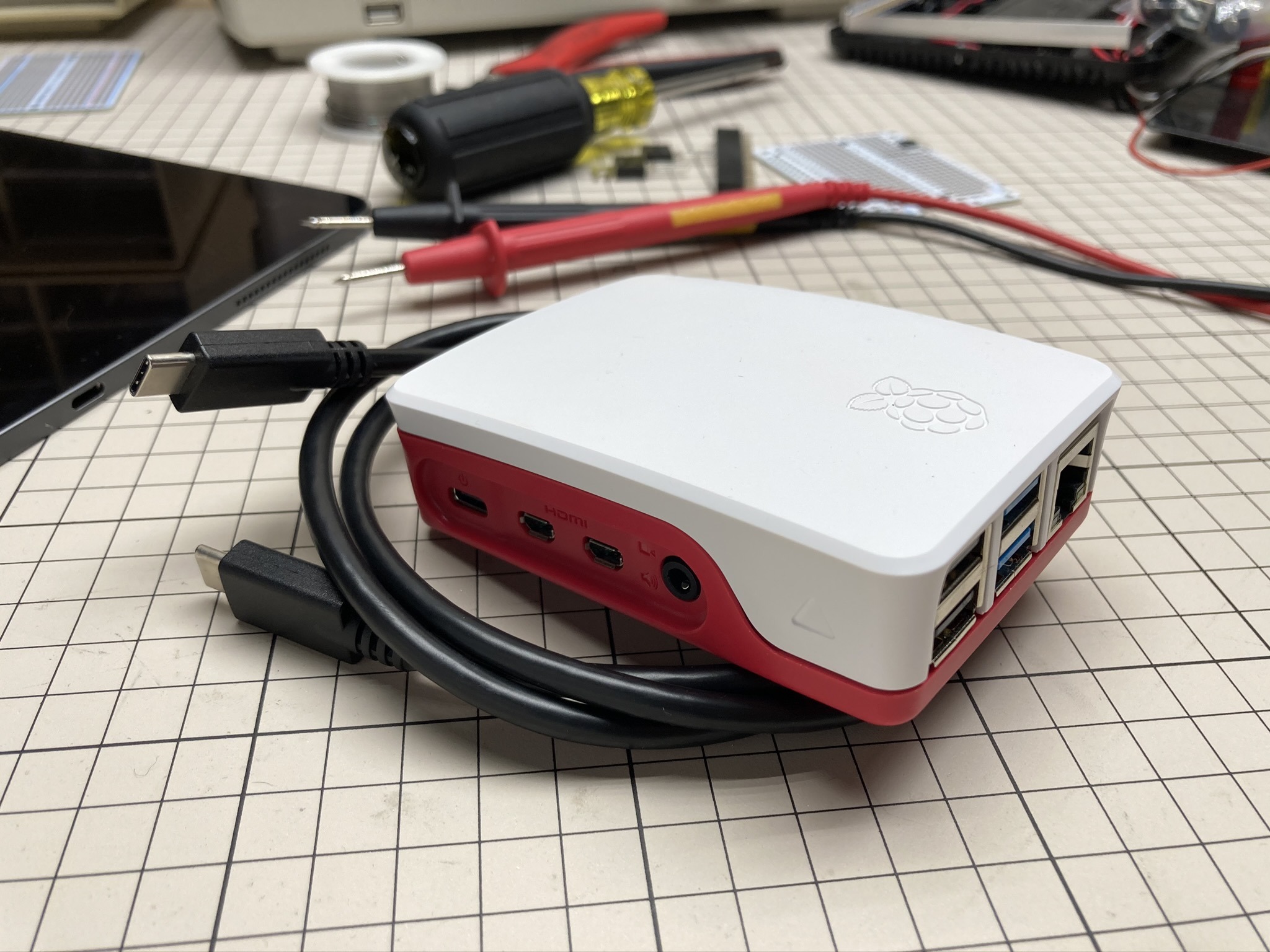 Imagine using your Raspberry Pi without a power supply. This dream can now be our reality. Nothing but you, your laptop (or iPad!), a Pi and a USB-C cable.

Here's my way of setting up a Raspberry Pi, using the latest version of Raspberry Pi OS Buster. This article assumes you have a good bit of knowledge about the Raspberry Pi environment. If something doesn't make sense to you, feel free to reach out. This works with the Raspberry Pi 4, and it should work with the Zero and Compute Module, too.

The network setup could be better! So let's talk about that... Networking with Raspberry Pi

Also, there's a newer way of emulating a USB ethernet adapter. You can also emulate a "composite" device so that your Pi looks like external storage as well as Ethernet. Posibilites are endless. We'll cover that here at USB Composite Devices with Raspberry Pi

There's lots more you can do but for some ideas, check out the article Raspberry Pi First Steps for 2020

Whenever I pick up old projects, I have to start by trying to remember the location of any documentation or notes I previously wrote down. This blog runs on software called Ghost and